Contemporary interior décor does not exclude bathrooms. Just because they are not very apparent to everyone does not mean they should not look great for the few people who use them.

On this premise, many people are adding a touch of beauty, class and in many regards functional art to their bathrooms by installing shower screens. Shower screens are becoming the shower enclosing items of choice, relegating shower curtains to play the part of being the second option. 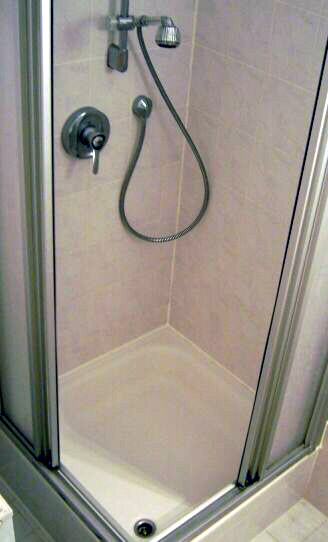 However, with all the rave reviews that shower screens are getting these days and the tremendous uptake of shower screens, their main role may be forgotten. It is paramount for homeowners to have a complete understanding of how shower screens should work as well as understand the design choices that are available to them.

Qualities Of A Good Shower Screen

A good shower screen should prevent spillage of water beyond the shower enclosure. The screen itself should not have any leaks whatsoever. The main function of shower screens is to enclose the wet area. As such, it must perform this function efficiently; it should keep water, to the last drop, inside the shower encasement.

The design and installation of the shower screens are the main factors that influence whether a particular screen leaks or not. To avoid any leaks, homeowners are advised to contract professionals to draw up an efficient shower screen design that encloses the overhead showers well.

The shower screen should also be installed by a professional while ensuring all the corners are fit perfectly, thus no leaks. The thickness of the screen should also correspond with the support attached to it, due to the extra weight it has.

Additionally, for safety reasons, the screen glass should be made of tempered glass.

Shower screens can serve as functional pieces of art in your bathroom. Depending on design requirements, the material used and the shower enclosure space required, you can liven you can achieve very different and contrasting effects in the same bathroom.

This is one of the major design issues that need to be considered when installing shower screens. Choosing to install or not to install screens with frames yields different outcomes. Frame-less screens make the bathroom more open while framed screens make the bathroom appear segmented. You should consult with your installer such as Screensnmore in South East Queensland.

You can choose to have folding screens, pivoted screen (screen with hinges) or rolling screens. Although the way the screen opens is partly determined by the shape of the screens, you can play around with these options and achieve a distinguishable shower screen design.

There is a variety of the type of glass to use with regards to the amount of light the glass lets through. As such, homeowners have a choice of choosing between clear, frosted, tinted and anti-glare shower screen glasses. The level of frost in the frosted glass panels can be varied across several degrees.

There are several tints that one can choose from, including bronze tints and gray tints.